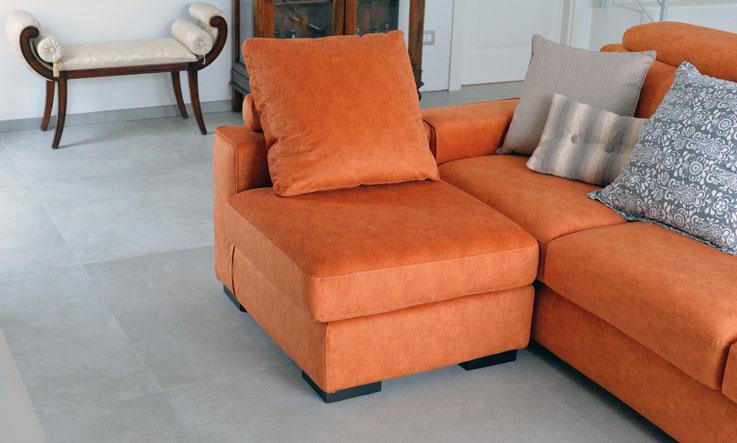 Relying on Tile & Style for the supply of covering materials for your home means taking advantage of a 360° consultancy that embraces the different aspects related to the choice of floor and wall tiles for your home. 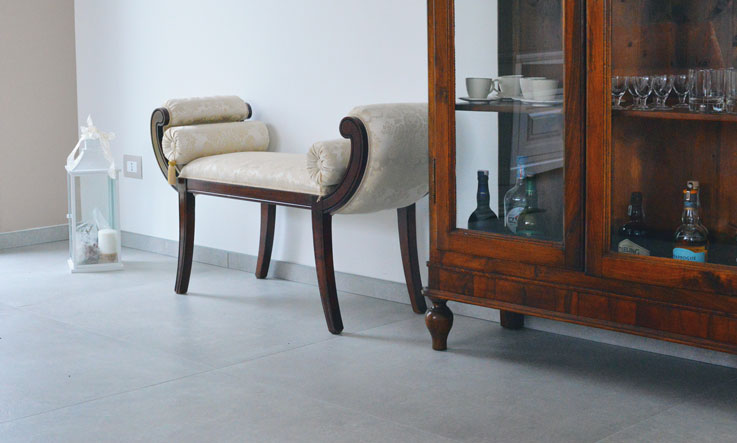 The owners of a two-storey house under construction contacted us after having visited our website, to obtain free samples and to be able to see their choices in real life.

Subsequently, after a consultation via phone, they sent us the floor plans of their future home and our designers created 3D renderings of their rooms in order to check the different combination possibilities between floor and wall tiles. 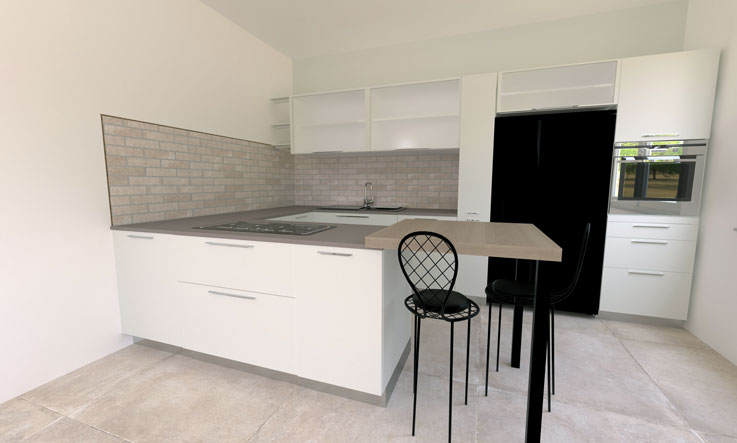 Thanks to the multiple options offered by Tile & Style, it was possible to minimize the range of products and to make the final choice easier on site by using whole tiles to simulate the final effect.

After the choice, we followed the installation works step by step, providing drawings and indications to the tilers so that the laying could be done the best possible way both indoors and outdoors. 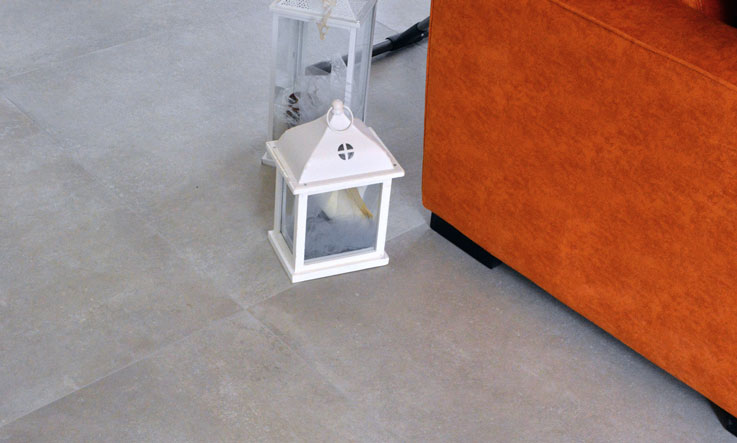 The living area has been paved with Castle Stone Kilkenny in the prestigious 100x100 format which lent itself well to the couple's concept of open space. 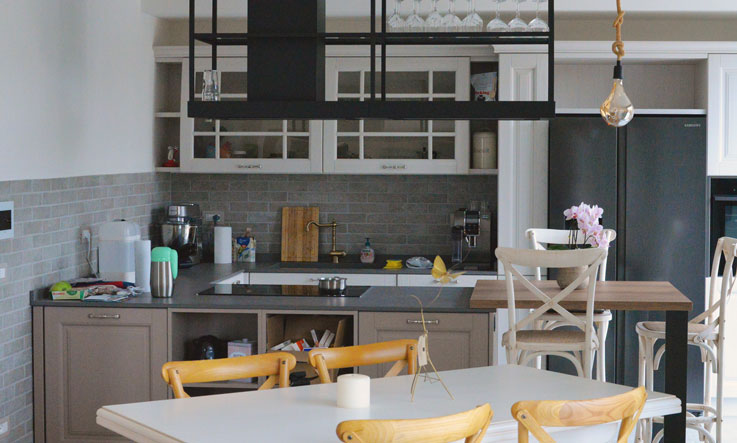 The backsplash of the open kitchen was also made with Castle Stone Kilkenny but with a 6x25 brick format to add a country flair, as wished by the client. 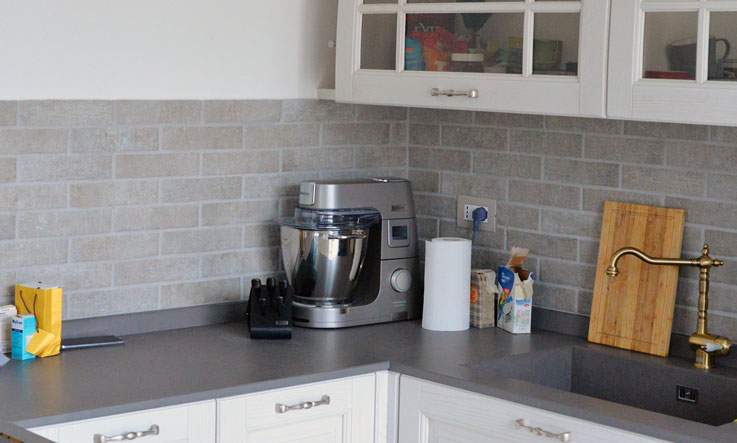 Even in a modern context, the request was to identify products that could warm up the environment even in continuity with the outdoor area. 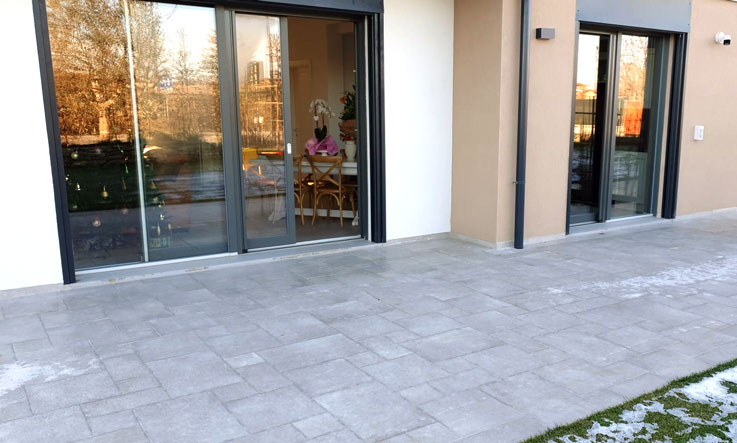 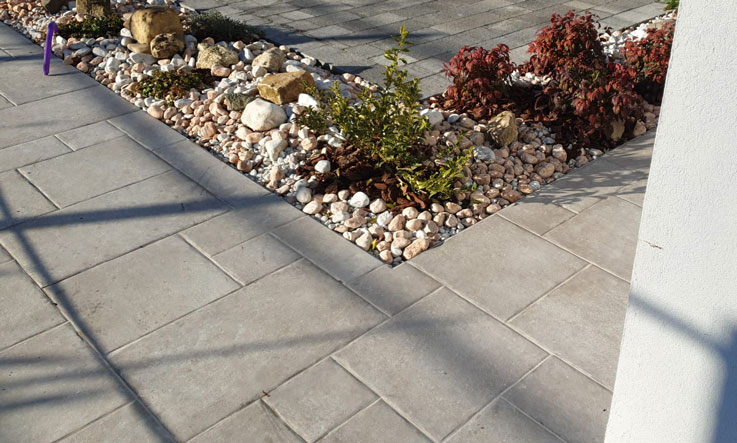 As Castle Stone by Elios Ceramica collection also has an R11 outdoor finish in a unique and elegant modular format, this simply was the optimal choice. 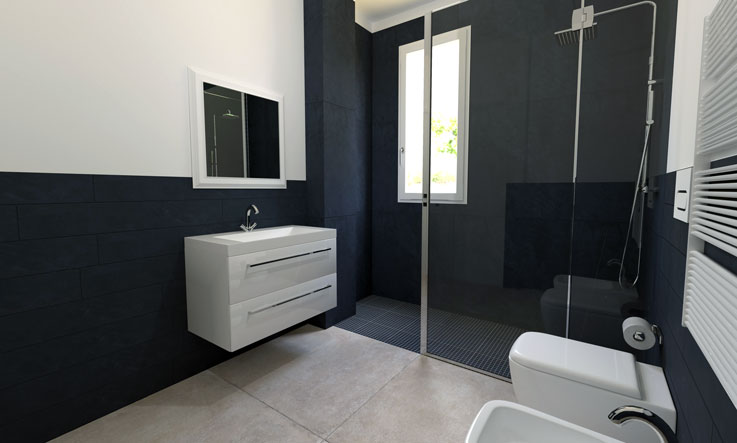 IlThe bathroom in the living area is the one that stands out the most from the general chromatic context, which is mostly created with different shades of grey. This is definitely the most daring room of the house, thanks to a beautiful Prussian blue produced in various formats by Eccentrico with the Multiformaseries 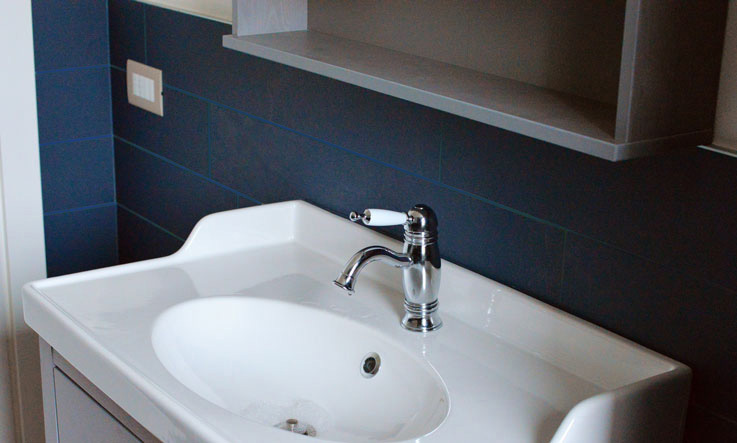 A mix of classic and modern is represented by the sanitary fixtures from the Washington collection by Rak and the Oxford taps by Bugnatese. Sanitary ware and taps were offered as well by Tile & Style in a global furnishing concept that starts from the floors but aims to conceive furnishing options for the whole room. 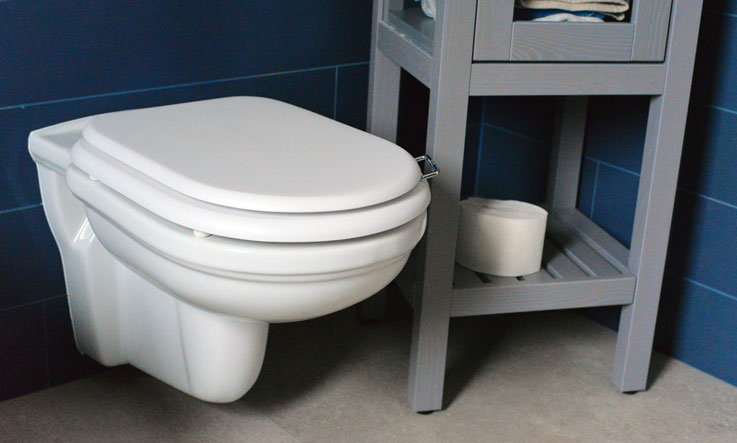 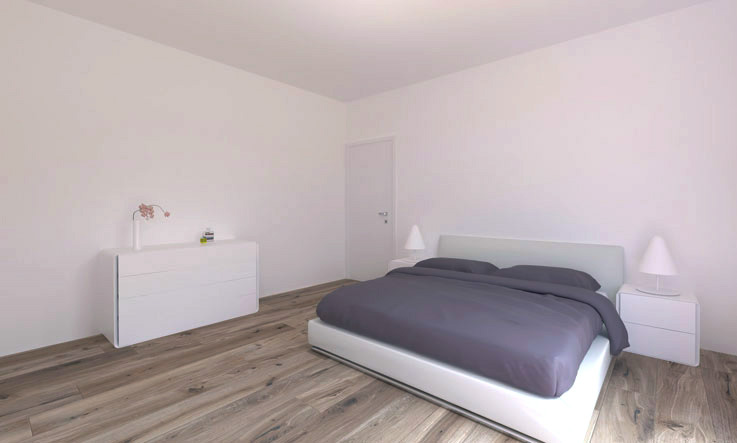 For the sleeping area, the choice fell on a beautiful, extremely realistic and warm wood effect,Timeless Greige , by Ceramica Rondine, in the 24x150 format. 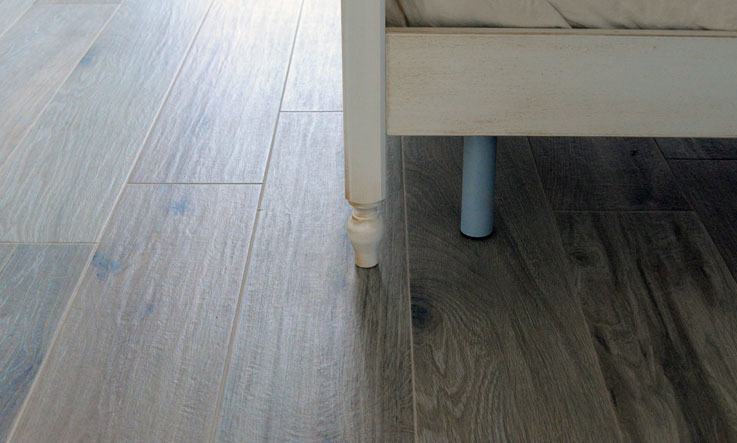 The two bathrooms on the second floor have been created with a mix between romantic and modern styles. 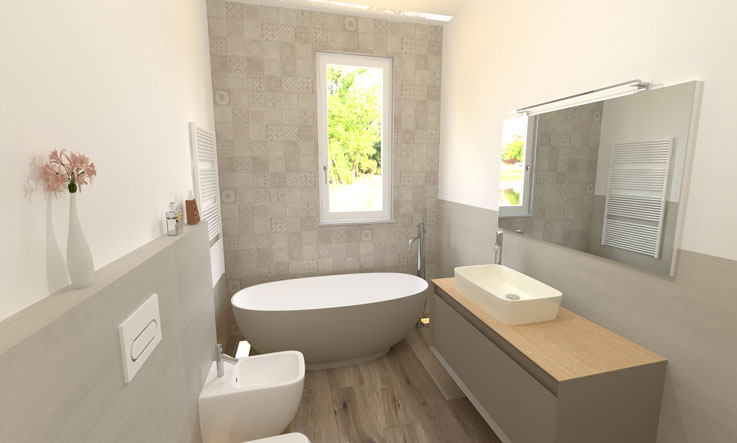 > The main one was clad at a height of 120 cm with Materika Beige by Marazzi, while the wall of the bathtub was covered with the Cementine décor, combined with an elegant Mobilduenne piece of furniture (also supplied by Tile & Style) with top and feet in oak and lacquered sides. 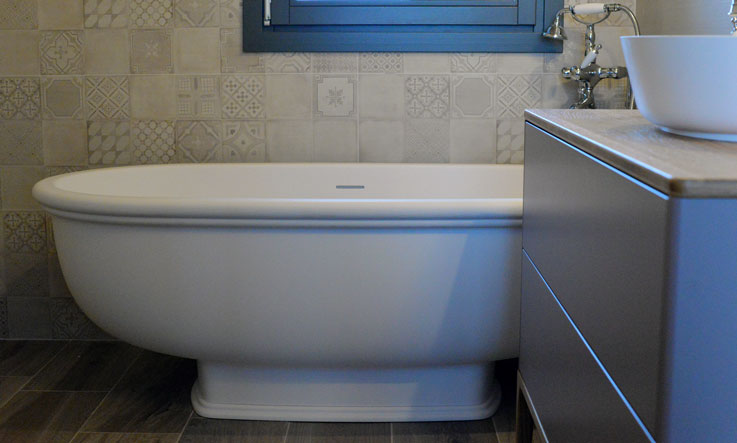 In the second bathroom with shower, the cladding was made with 60x180 slabs in dove grey shades from the Alchimia series by Marazzi, so that the joints were minimized even inside the shower. 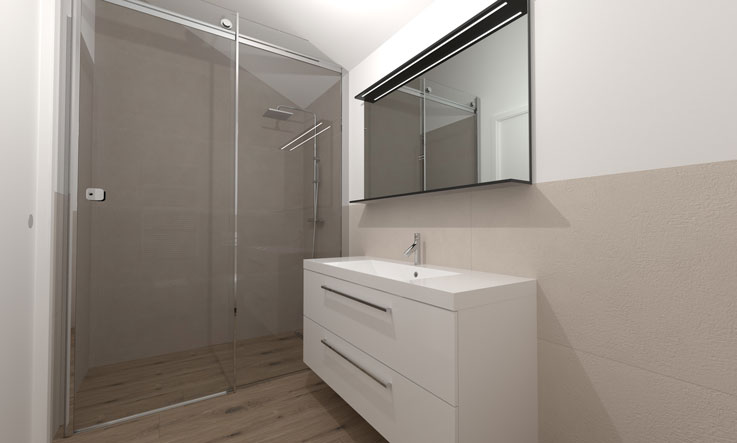